Richard Branson to Speak at Sold-Out Luncheon on Friday 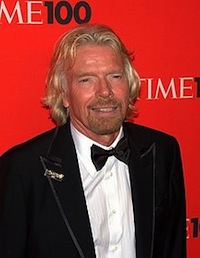 Virgin Group mogul Sir Richard Branson will speak to a room of 800 people on Friday at the Fairmont Winnipeg during a sold-out luncheon.

Presented by 103.1 Virgin Radio and the Winnipeg Chamber of Commerce, Branson is known for his sporting achievements, notably the record-breaking Atlantic crossing in Virgin Atlantic Challenger II in 1986, and the first crossing by hot-air balloon of the Atlantic (1987) and Pacific (1991). His net worth in 2009 was $2.5 billion, according to Forbes.