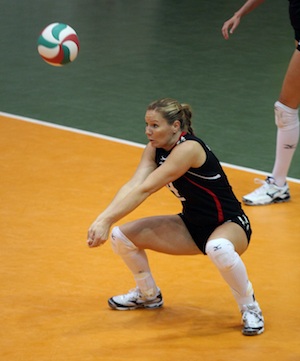 Her first season on the senior women’s national team was in 2002, and she made the team every season since that year until she retired in April of this year after the 2012 Olympic Qualification Tournament. She finished her career with a very notable 173 international matches under her belt.

“Being a small town girl with big dreams, I was always thankful for the opportunity to be a part of something as special as Team Canada. As the years went on I fell more in love with my sport, my country, and what we were doing as a team to achieve our dreams together,” Mahon said in a statement.

“Representing Canada at the international volleyball level will forever be one of the greatest and most enriching experiences of my life and I thank everyone who was a part of my journey.”

Mahon plans to spend her retirement in rural Manitoba and continue to be an inspiration within the volleyball community.