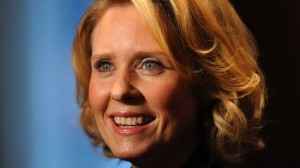 Additional tickets for CancerCare Manitoba’s Guardian Angel Benefit have been released after the first floor of the Winnipeg Convention Centre sold out.

The foundation is bringing in actress Cynthia Nixon, best known for her award-winning portrayal of Miranda on HBO’s “Sex and the City,” as the keynote speaker on Thursday, October 25. Nixon, who was diagnosed with breast cancer in 2006, is a passionate advocate for a cure.

To make room for the demand, 500 more tickets are on sale for the event, which has since moved to the third floor of the Convention Centre.

All proceeds from the event will stay in the province and go to support CancerCare Manitoba’s work in women’s cancer.