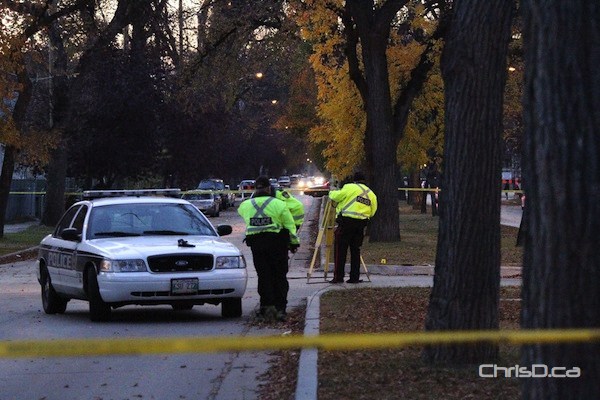 Winnipeg police investigate after a pedestrian was hit by a cruiser car at Burrows Avenue and Charles Street Accident on Saturday, October 6, 2012. (HOWARD WONG PHOTO)

A 37-year-old man was sent to hospital Saturday after being hit by a Winnipeg Police cruiser.

The accident happened shortly before 4:30 p.m. at the intersection of Burrows Avenue and Charles Street.

Officers spent several hours at the scene, but couldn’t say what led to the pedestrian being hit.

The man was last listed in stable condition.