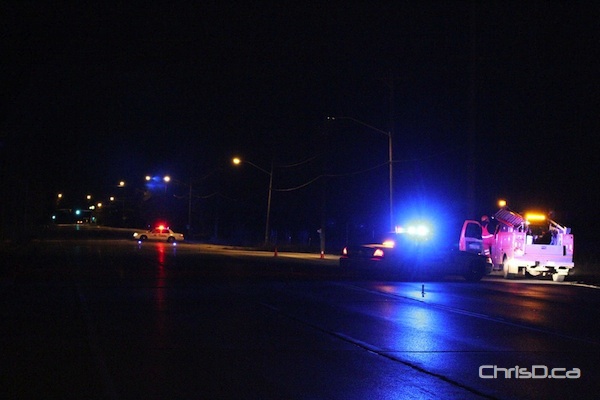 RCMP investigate after a woman was hit by a vehicle on Henderson Highway in East St. Paul on Sunday, October 7, 2012. (HOWARD WONG PHOTO)

A 22-year-old East St. Paul man has been charged with impaired driving after allegedly hitting a 33-year-old woman with his van.

RCMP were called to Henderson Highway near the East St. Paul Curling Club at around 2:30 a.m. Sunday for a hit and run. Officers located a van with extensive damage to one side, and a woman in urgent need of medical care.

The driver of the van was taken into police custody. He is also facing charges of causing bodily harm, refusing to provide a breath sample and driving with an invalid licence.