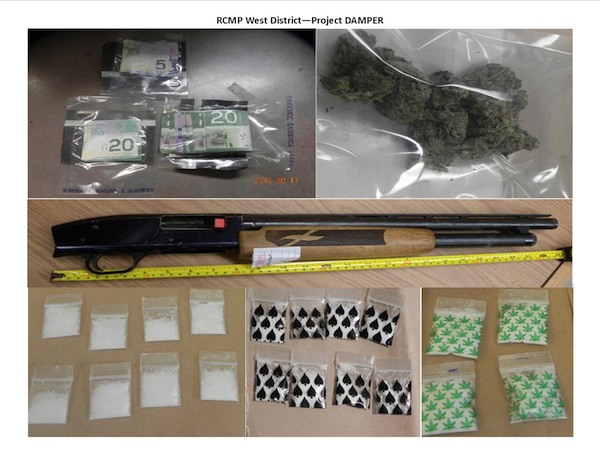 A nearly three-month long investigation by several Manitoba RCMP detachments has resulted in numerous drugs being seized and the arrest of seven individuals.

The project focused on street-level drug trafficking in the RCMP West District. As a result of the investigation, officers seized cocaine, marijuana, synthetic drugs with an estimated street value of about $8,500, cash, and a stolen sawed-off shotgun.

Police have laid a total of 35 charges and still have active arrest warrants out for four more individuals.

Troy Wasylyshen, 23, of Dauphin, Dylan Strykiwsky, 18, of Dauphin, Margaret Bilay, 45, of Grandview, and Leighton Safroniuk, 22, of Clanwilliam are still wanted by RCMP.