Olympian Desiree Scott to Be Honoured by U of M 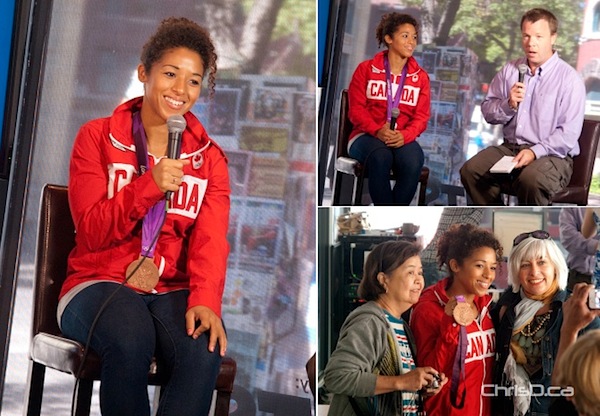 The University of Manitoba will make a special presentation to Olympian Desiree Scott today.

At 11 a.m., the U of M will congratulate Scott on her performance at the London 2012 Olympics, where she helped the Canadian women’s soccer team win a bronze medal.

Scott, a former Bison soccer player and current team assistant coach, will receive the honour in University Centre by the bookstore at 11 a.m.

At 4:30 p.m. this afternoon, Scott will play a fun game of soccer with youths aged 12-18 on the Fort Garry campus’ East Field.

The Bison women’s soccer team plays Lethbridge at 6 p.m. Another presentation to Scott will be made during halftime before Scott signs autographs following the game.

← Previous: No NHL? U of M Bisons the Next Best Thing Next: Grandview Grocery Store Destroyed by Fire →
Tags: Desiree Scott | University of Manitoba