Home » Sports » No NHL? U of M Bisons the Next Best Thing

No NHL? U of M Bisons the Next Best Thing 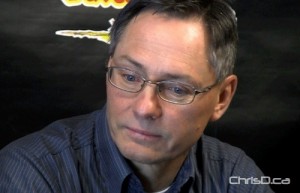 With a hockey drought providing fans with some extra time on their hands, the University of Manitoba Bisons hope to fill that void this season with their home opener tonight and Saturday.

The Bisons (0-2-0) host the No. 4-ranked Saskatchewan Huskies in a two-game series at Max Bell Arena.

Manitoba started the 77th Canada West season with conference losses on the road at Alberta late last month. The squad did play Saskatchewan earlier this season in pre-season action and lost 5-2 at the University of Regina tournament on September 14.

This weekend marks the only home action for the Herd until November 9-10 when Lethbridge comes to town. Puck drop both nights is at 7 p.m.

If a fan shows a Winnipeg Jets ticket from last year while they attend any Manitoba Bisons hockey home game during October or November, they will receive a Bison hockey ticket for a future upcoming 2012-13 game for free.

Ticket prices are $10 for adults and $5 for students and seniors.

← Previous: Vita Health Wins Industry Award for Charitable Initiative Next: Olympian Desiree Scott to Be Honoured by U of M →
Tags: Hockey | University of Manitoba