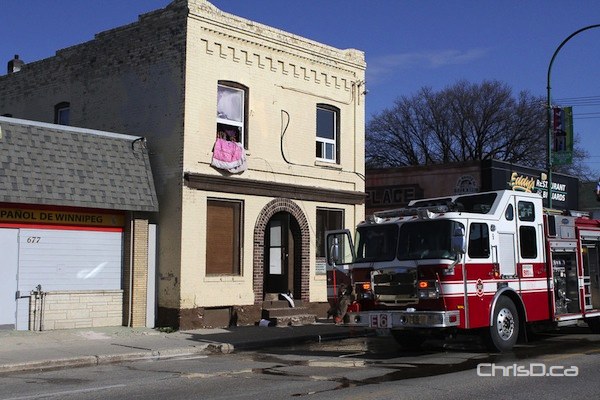 Firefighters tend to a blaze in the 600 block of Selkirk Avenue on Sunday, October 14, 2012. (HOWARD WONG PHOTO)

A fire at a two-storey home on Selkirk Avenue home has been extinguished following a blaze Sunday afternoon.

Firefighters were called to the residence near McKenzie Street just before 1:30 p.m.

A woman was rescued from a second floor window and taken to hospital to be treated for smoke inhalation.

Damage is estimated at $125,000. The cause of the fire remains under investigation.