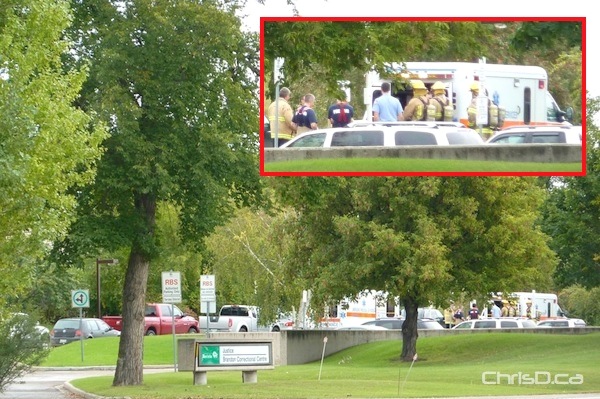 A riot breaks out at Brandon Correctional Centre in this October 4, 2009 file photo. (ADAM SOBKOW/EBRANDON.CA)

Brandon police are investigating after the “suspicious death” of an inmate at Brandon Correctional Centre on Sunday morning.

Police were called to the jail shortly after 10 a.m. and located a deceased 39-year-old man.

Officials are attempting to notify the man’s next of kin and won’t be releasing further information until that time.

An autopsy is pending and the investigation is continuing by members of Brandon Police Criminal Investigational Unit.

← Previous: Stretch of Grassie Boulevard Closing to Eastbound Traffic Next: U of W President to Be Honoured at Pipe Ceremony →
Tags: Brandon | Death