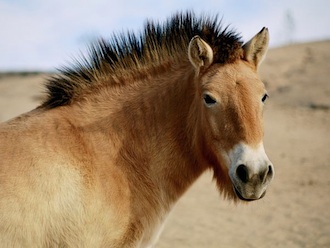 The Assiniboine Park Zoo has welcomed two endangered species of horses to its care.

A pair of Przewalski’s horses (pronounced per-zhih-VAHL- skeez) are native to Mongolia and are located in the zoo’s northwest corner near the zebras.

Both two-years-old, the male horses are smaller than most domestic horses and weigh approximately 440 to 750 pounds.

“We’re very excited to have another new species at the zoo,” said Tim Sinclair-Smith, director of zoological operations. “Przewalski’s horses are quite rare which makes this an even greater addition for our visitors since most have never seen them before.”

The horses stand 48-56 inches high with stocky bodies, upright manes, and a dark stripe down their backs.

The zoo plans to acquire female Przewalski’s horses in the future in order to participate in a breeding program.