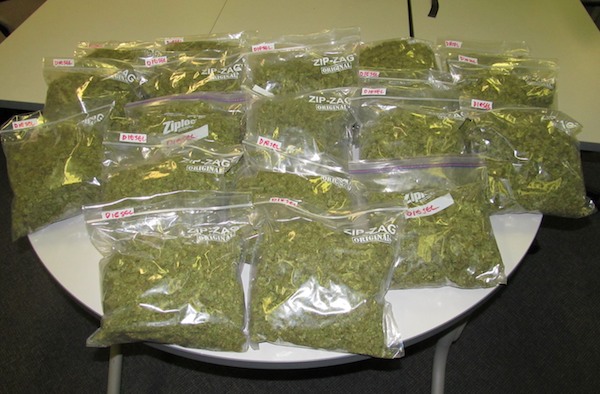 Two Winnipeg men have been charged following the seizure of approximately 10.5 lbs of marijuana.

RCMP stopped a 2005 Chrysler 300 on Highway 1 just east of Portage la Prairie at about 3 a.m. on Tuesday for a traffic offence.

Officers found the men in the vehicle to be in possession of the marijuana, which has a street value of about $37,000.

Phillip Perreault, 21, and Leslie Maracle, 28, were arrested and charged with possession of a controlled substance for the purpose of trafficking.

Both men will appear in Portage court today.