The Tenors to Open NBA Pre-Season Game at MTS Centre 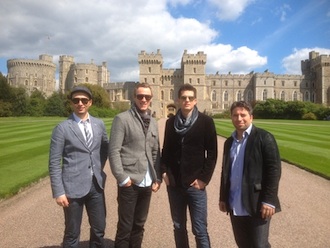 Before the Minnesota Timberwolves and Detroit Pistons take to the court in an NBA pre-season game in Winnipeg on October 24, a renowned vocal group will open the night.

The Tenors will perform both anthems prior to the 7 p.m. tip-off.

The Canadian vocal sensation is comprised of Victor Micallef, Clifton Murray, Remigio Pereira, and Fraser Walters. The foursome will release their second studio album, Lead With Your Heart, on October 30.

Tickets for the game are still available at Ticketmaster and start at $19.50.