Home » Sports » Olympic Swimmers in Winnipeg as Part of Delegation

Olympic Swimmers in Winnipeg as Part of Delegation 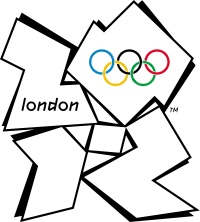 A group of Canada’s 2012 Olympic and Paralympic swimming medallists will be in Winnipeg on Friday, along with some local athletes.

Paralympic champion Benoit Huot of Longueuil, QC, bronze medallist Brent Hayden of Vancouver, and Olympic bronze medallist Richard Weinberger of Victoria are in town to celebrate their success at the 2012 Games on London.

The athletes are part of a delegation at Swimming Canada’s annual general meeting being held in the city.

The Olympians will be at the Pan Am Pool between 4 p.m. and 5 p.m. tomorrow to share their stories on how they reached the podium, followed by an autograph session for all in attendance.