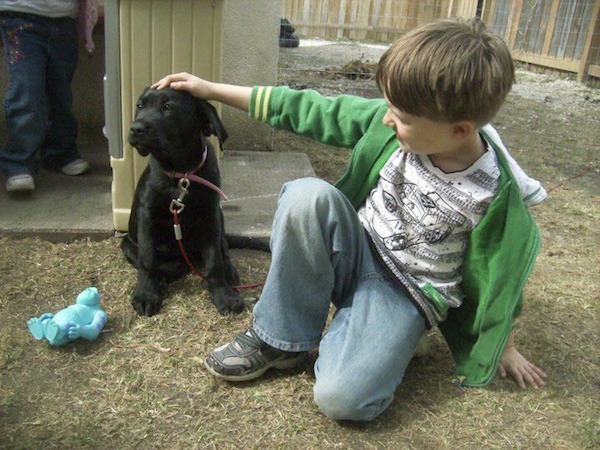 Riley McMullin pats Bailey, a service dog in training to help the nine-year-old with autism. Riley is known for running away and Bailey will be trained to stay by his side and bark if he tries leaving home on his own. (FACEBOOK) 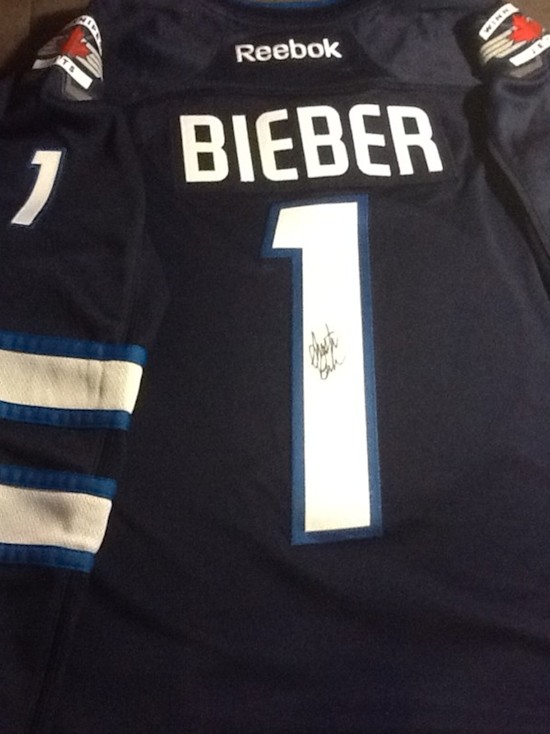 A signed Justin Bieber Winnipeg Jets jersey is being auctioned off to help a local boy with autism have his service dog fully trained. (HANDOUT)

A nine-year-old Winnipeg boy with autism is getting help from pop superstar Justin Bieber in an effort to have a trained service dog by his side.

Riley McMullin is known for straying away from home on his own. Unable to communicate, it’s difficult for those who find him to know where he belongs or how he got there.

“His lack of fear of the world had him darting in front of traffic during morning rush hour and in the last incident ending up at the top of a downtown parkade,” the family wrote on their website.

The 18-year-old Canadian singer signed a custom “Bieber” Winnipeg Jets jersey when he was in the city last October with girlfriend Selena Gomez.

Bieber’s management heard about Riley’s story and generously donated the signed jersey to their cause. The family has put the item on eBay with an opening bid of $500. Besides the jersey, a series of other fundraisers are planned in hopes of raising a total of $15,000. The auction ends on October 25.

A Facebook page has also been created to draw attention to the campaign.