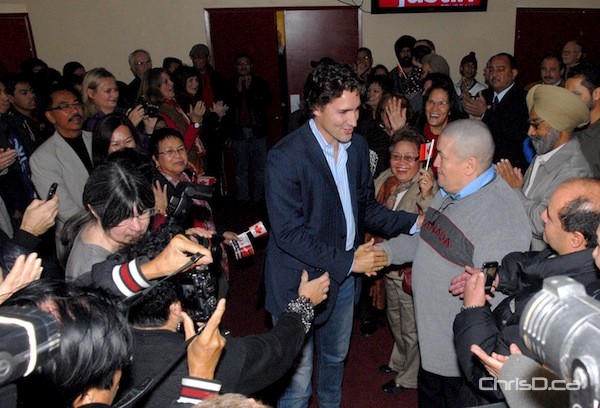 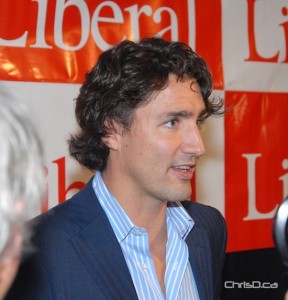 Speaking to a packed room of party supporters at the Punjab Banquet Hall on Mandalay Drive, Trudeau rallied about 300 of the Liberal faithful to throw their support behind him in his bid for leader.

Trudeau announced his intention to run for the federal leadership earlier this month.

“This is not really about me, it is about you,” Trudeau said to the crowd, who were treating him more like a rock star than a politician.

“I believe he is the right person for this time and for our country,” Gerrard said on his website this week.

“We need to reach out and engage and involve young people and Justin has shown that he is well able to do this.”

Trudeau has been quoted as saying he would welcome former Ontario Premier Dalton McGuinty into the race as a competitor. McGuinty resigned and prorogued the Ontario legislature on Monday.

A new leader will be chosen during the leadership convention on the weekend of January 25, 2013.