Amateur Hockey to Get NHL Treatment in ‘Project Lockout’ 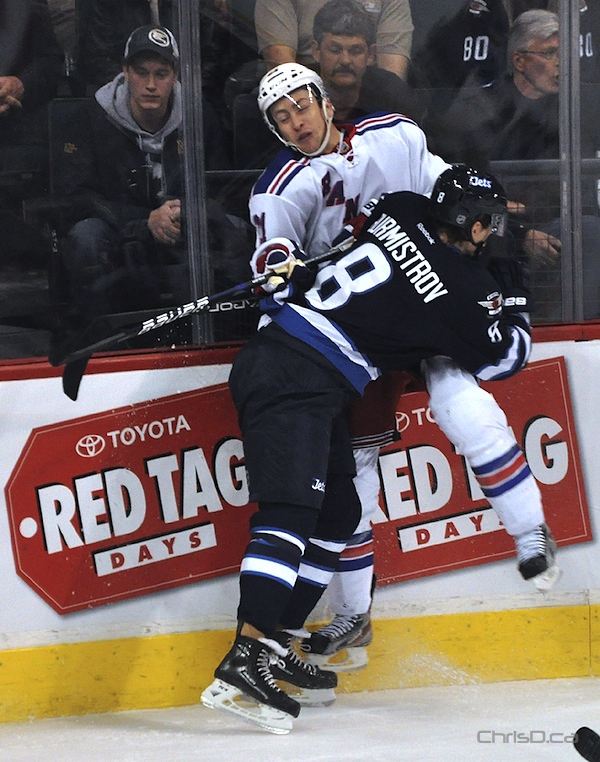 With no sign of the NHL lockout coming to an end anytime soon, Winnipeg reporters are turning their attention and skills elsewhere. (MAURICE BRUNEAU / CHRISD.CA FILE)

What does a group of hockey-loving Winnipeg reporters do during an NHL lockout? They cover hockey anyway. And with a passion.

“We figured we’d put our own spin on the lockout and look on the bright side: there’s plenty of fun puck happening here in Winnipeg, and this is a prime chance to plant our tongues in our cheeks, hit the rinks and keep our reporting skills sharp,” Martin said.

The coverage will be a surprise to unsuspecting teams everywhere, with no warning given before reporters show up. ChrisD.ca will have two staffers at the games, while a freelance news photographer and professional NHL beat writer have also committed.

“Most of these guys grew up dreaming of playing in the NHL, and for at least one night, they’re going to get to dole out all the great hockey clichés they’ve always heard from their heroes. Plus, having a little pro sports photography to show folks will be a real bonus.”

Martin said teams will essentially be picked at random, and according to journalist’s schedules.

The idea for Project Lockout, which has the motto of “full frontal hockey,” first sprang up on Twitter in September. The discussion then got picked up by popular website Reddit, garnering a positive response from the amateur hockey community.

“We were getting tweets and e-mails from random beer leaguers telling us all about their teams in the hopes we’d turn out,” Martin added.

“What can I say… we will keep every e-mail, tweet and recommendation in mind, and hope to give as many teams as we can the full NHL treatment.”

While the majority of the non-paid idea is to have fun, there will still be a serious tone to the coverage. Reporters will analyze team and player statistics beforehand, look for storylines, write a post-game recap and scrum with the coach/players following the game.