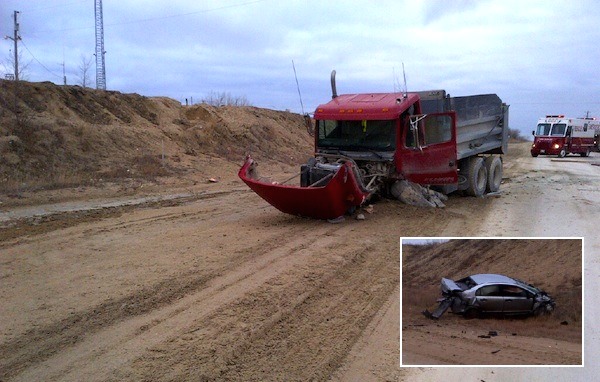 The driver of a Honda Civic (inset) was injured after colliding head-on with a dump truck on Garvin Road, Wednesday, October 25, 2012. (RCMP HANDOUTS)

RCMP are investigating a two-vehicle crash that happened Thursday morning near Oakbank.

Shortly after 9 a.m., a Honda Civic collided head-on with a dump truck on Garvin Road between PR 206 and PR 207.

The man driving the Civic was taken to hospital with undetermined, non-life threatening injuries. The driver of the dump truck wasn’t injured.

No one else was involved in the crash and police continue to investigate.