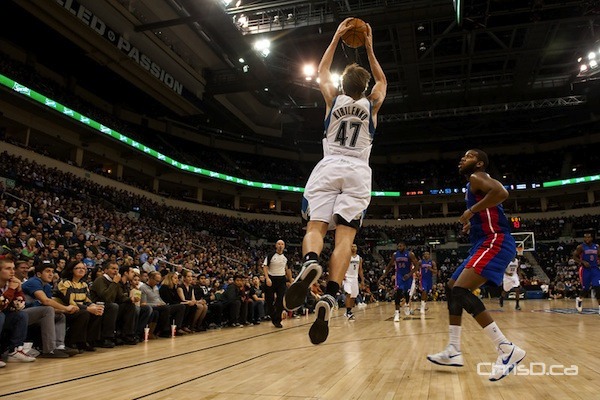 Minnesota Timberwolves forward Andrei Kirilenko jumps for the ball at MTS Centre on Wednesday, October 24, 2012 in an exhibition game against the Detroit Pistons. (TED GRANT / CHRISD.CA)

They don’t look like hockey players, but the NBA’s pre-season game in Winnipeg on Wednesday was the closest fans will get to professional athletes at MTS Centre for a while.

About 12,000 fans turned out to see the Minnesota Timberwolves and Detroit Pistons on the court. It’s the first time since 2005 that the NBA returned to the city for exhibition action.