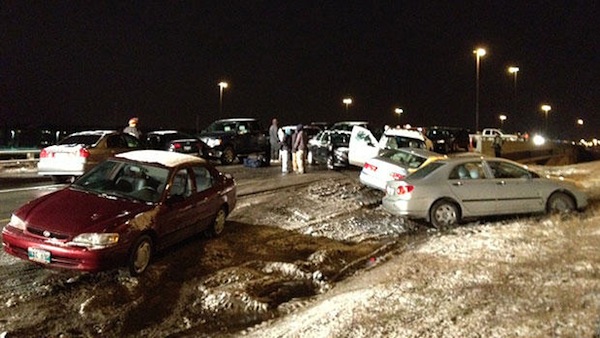 A light dusting of snow overnight is believed to have contributed to a multi-vehicle crash on the Concordia Overpass Friday morning.

As many as 20 vehicles were said to be involved in the crash on Lagimodiere Boulevard, which happened shortly before 7 a.m.

Police had advised earlier about icy road conditions during the morning commute.

Both northbound and southbound lanes of Lagimodiere were closed until about 9:30 a.m.

Several people were taken to hospital with non-life threatening injuries.