Home » Entertainment » Manitoba Youth Prepare for Return of ‘We Day’

Manitoba Youth Prepare for Return of ‘We Day’ 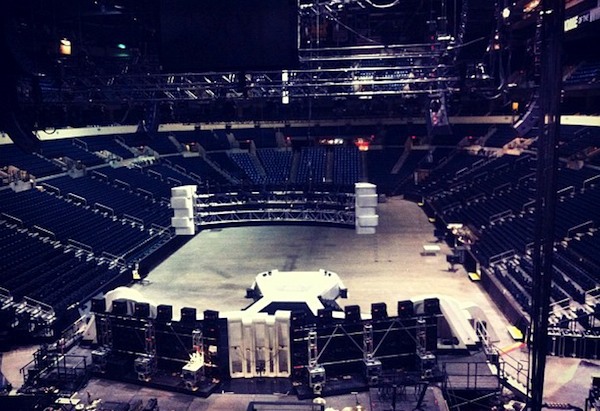 Crews setup the stage for We Day at MTS Centre on Sunday, October 28, 2012. (AUSTIN GRABISH / INSTAGRAM) 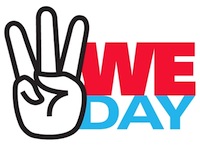 We Day Manitoba is just over 24 hours away and crews are making sure the Free the Children event at MTS Centre goes off without a hitch.

On Sunday, the arena was a buzz of activity as the giant stage was starting to take shape.

The day-long event on Tuesday will aim to inspire and empower youth from 380 schools across Manitoba. About 18,000 students are expected to attend the event, which will be anchored by big name speakers and live musical performances. Mikhail Gorbachev, the former president of the Soviet Union and Nobel Peace Laureate, will lead the event.

“Over the past year, we have seen such an incredible youth-led movement transpire across the province — from dances and candy-grams, to collecting non-perishable food and organizing discussions about Aboriginal issues — we are so thrilled to see youth mobilizing, fundraising and taking action on a variety of local and international causes, contributing to a global movement of active citizenship,” said co-founder Craig Kielburger.

What can those attending We Day expect? As announced previously, the day will include a roster of celebrities, community activists, musicians and others.

It’s the second time We Day has been held in Winnipeg since 2011.