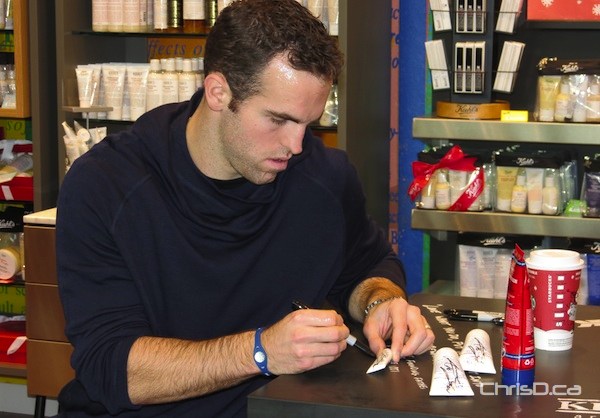 Locked-out Winnipeg Jets players will soon face off against a team of Winnipeg police officers in the name of charity.

The Goals for Dreams Hockey Challenge will be held Saturday, November 17 at the University of Manitoba’s Max Bell Arena.

Puck drop is at 3 p.m. and tickets are $20. Fans can purchase their seats at all nine Winnipeg area Boston Pizza restaurants, the Dream Factory Office, 303-1 Wesley Avenue, and the Children’s Hospital Foundation, RM CE501-840 Sherbrook Avenue, beginning at 11 a.m. on Tuesday.

The game will include mascots, tykes’ teams, and a post-game autograph session.