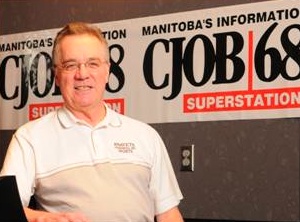 Burns will receive the honour during a special ceremony at the Manitoba legislature at 11 a.m., where he’ll be recognized for his work with Canadian veterans and the military over the years.

Burns has served as the president of the Royal Military Institute of Manitoba for the past four years, and is also the governor of the Canadian Corps of Commissionaires.