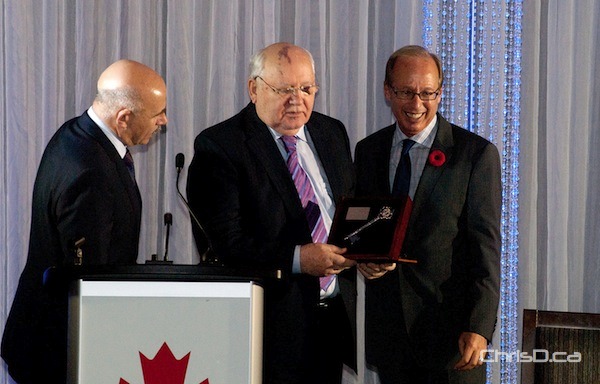 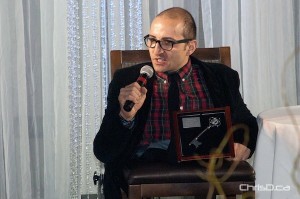 Winnipeg Mayor Sam Katz handed out two keys to the city on Monday evening ahead of We Day.

Mikhail Gorbachev, former president of the Soviet Union and Nobel Peace Laureate, and Spencer West, Free The Children ambassador and Me to We speaker, were awarded the honours during a gala dinner at the Radisson hotel downtown.

Gorbachev was awarded the Nobel peace award for his leading role in the peace process. He is known for bringing a new spirit of openness to the Soviet Union.

West is an ambassador for Free The Children, the international charity and educational partner founded by brothers Marc and Craig Kielburger to empower youth to create local and global change.

Both men will be speaking at today’s We Day Manitoba event at MTS Centre.