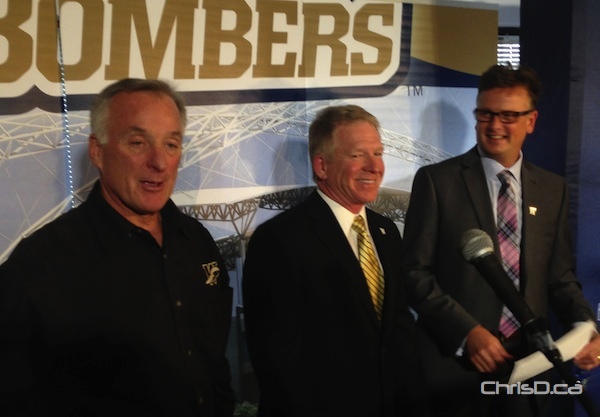 Scratch out the word “interim” — Tim Burke is the 29th head coach of the Winnipeg Blue Bombers.

The football club made it official on Thursday, announcing Burke will remain at the helm of the team next season.

The former defensive coordinator and defensive backs coach was placed in the top position on August 25 after the Blue Bombers fired head coach Paul LaPolice.

“I am more than ecstatic to be the head coach of the Winnipeg Blue Bombers,” Burke said in a statement. “I’ve waited a long time for this and I look forward to having the opportunity to lead this football team. I believe in where this organization is headed and I can’t wait to get started on doing what I can to improve on our record from this season and bring the people of Winnipeg and fans of this team back to the Grey Cup.”