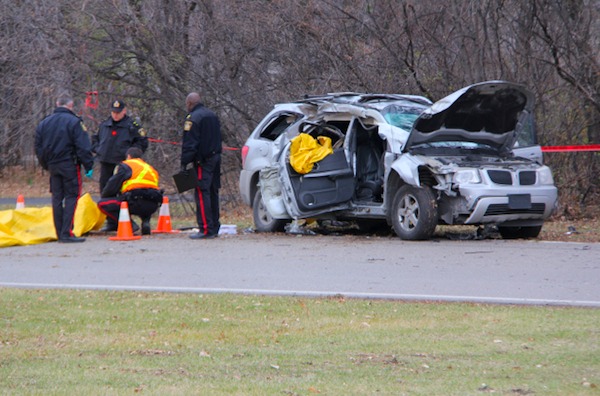 A 17-year-old girl died Thursday, November 1, 2012 after the vehicle she was in lost control and hit a tree on Wellington Crescent. (SHANE GIBSON / METRO WINNIPEG)

A 17-year-old girl died Thursday after she was ejected from an SUV that crashed on Wellington Crescent.

Winnipeg police say a 2006 Pontiac Torrent lost control just before 1 p.m. and struck a tree in the 1600 block of Wellington near the St. James Bridge.

The vehicle was being driven by a 17-year-old boy with four passengers inside at the time.

The roadway in the immediate area was closed to traffic for several hours as police investigated.