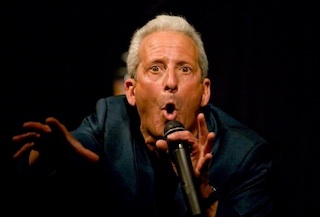 The so-called “Pitbull of Comedy” is bringing his stand-up routine to Winnipeg next week.

Bobby Slayton will be part of the Rumor’s Comedy Club concert series November 8-10.

Slayton has been seen on dozens of television shows including, “The Tonight Show” and “Politically Incorrect.” Slayton has also had his own stand-up special and appeared on HBO’s “Comic Relief.”

Showtimes vary by night. Tickets are $20 and available online.

← Previous: Extra Hour of Sleep as Clocks Move Back Next: Northern Students Get Science Sampling at U of M →
Tags: Funny