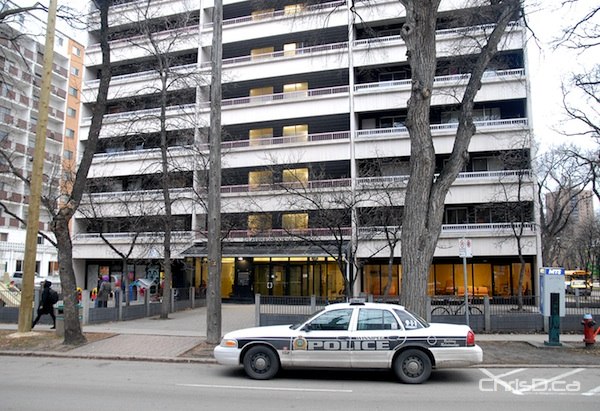 Winnipeg police are investigating the city’s 28th homicide of the year after finding the body of man in a Manitoba Housing complex Tuesday afternoon.

Police were called to 375 Assiniboine Avenue at about 12:15 p.m. to check on the well-being of a resident.

Results of an autopsy on Lecoy are pending. No arrests have been made.

Police responded to the same building for an armed standoff nearly three weeks ago. That incident ended peacefully and a man was taken into custody.