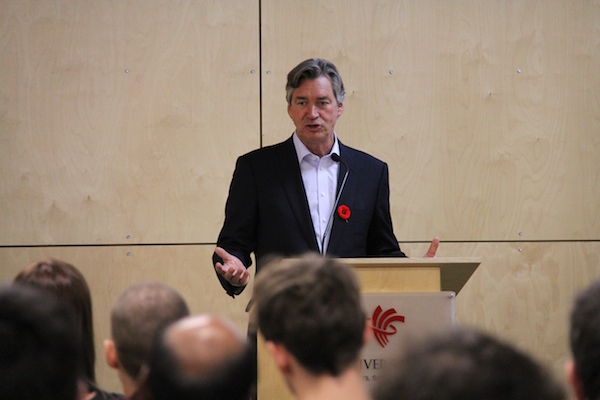 Former Manitoba Premier Gary Doer speaks to students at Red River College on Friday, November 9, 2012. Doer, who is Canada’s ambassador to the United States in Washington, spoke to Creative Communications students on a number of topics, including the recent U.S. election. One of Doer’s daughters is a student in the class. (BERNICE PONTANILLA / METRO WINNIPEG)

← Previous: Students to Learn About a Future for Women in Engineering Next: University of Manitoba Students Vote on U-Pass Idea →
Tags: Gary Doer