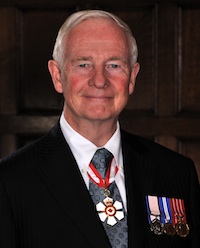 Three Winnipeg students who will receive the Governor General’s Award next month will share their achievements with their peers on Wednesday.

Tommy Starr wrote a children’s book titled, “A Day With My Grandfathers,” which reconnected him to his Aboriginal culture. Kristin Smith filmed a three-minute video on the building of CP Rail and how it united Canada, while Sierra Friesen filmed a video on a Canadian pioneer of women’s rights.

All three will visit Grade 6 and 11 students at Balmoral Hall on Wednesday afternoon.

The awards will be given out on December 10 at Rideau Hall in Ottawa by Canada’s History Society. They mark the distinction in a number of academic, artistic and social fields.