Winnipeg Sun to Cut Seven as Part of National Downsize 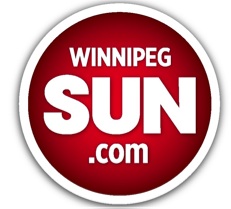 Seven positions will be eliminated at the Winnipeg Sun after Quebecor Inc. announced national layoffs on Tuesday.

Five copy editors and a sales representative are among the local cuts to the Sun Media newspaper. Barry Clayton, publisher of The Daily Graphic in Portage la Prairie, was also let go.

The cuts will also result in the closure of two production facilities in Ottawa and Kingston, Ontario. About 100 people will be affected.

Nationally, the layoffs represent a trimming of 10 percent of Sun Media’s staff in an effort to save $45-million annually.

Quebecor also plans on putting up paywalls on its newspaper websites in the coming months.

The Winnipeg Free Press laid off seven of its newsroom staff in a round of cuts in September.