‘Roar of the Rings’ Olympic Trial Tickets on Sale Monday 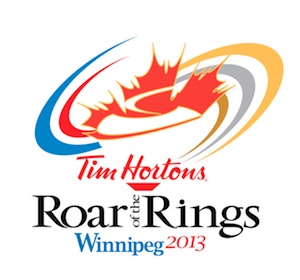 Ticket package details have been announced for the 2013 Tim Hortons Roar of the Rings.

Coming to Winnipeg’s MTS Centre December 1-8, 2013, the event will determine the two teams Canada sends to the 2014 Olympic Games in Sochi, Russia.

Fans wanting to attend all 18 draws will be able to purchase an Old Classic full event pass for $429. The pass includes 14 draws of round robin action plus the men’s and women’s semi-finals and finals on championship weekend. An early bird bonus is also included with the pass with a pair of tickets to one of the first two draws on opening weekend if purchased before December 24. The Old Classic will go on sale Monday, November 19 at 10 a.m. CT and includes access to fan appreciation night, where all the athletes will meet with the fans the evening prior to the start of competition.

A $39 package will be available starting December 6, consisting of a pair of tickets to one of the first two draws on Sunday, December 1, 2013.

The new Flex Mini Pack priced at $469 will be introduced in February 2013 for fans that want to tailor their own personal ticket package. Customers can pick the draws they really want to see at the times that work best for their schedule.

“This is home to so many of the greatest legends of the game,” said host chair Mitch Tarapasky. “Dating back to the days of Howard Wood and Ken Watson and continuing through to modern day champions such as Kerry Burtnyk, Jeff Stoughton and Jennifer Jones… we’re used to winners in Winnipeg and we’re extremely excited to have the opportunity to crown our next Olympians.”