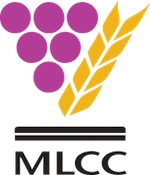 A new report by consulting firm MNP says the merger of two publicly-owned Manitoba corporations will save the provincial government $3 million annually.

The Manitoba Liquor Control Commission and the Manitoba Lotteries Corporation will become one as outlined in the NDP 2012 budget. Savings include the elimination of executive and senior management positions, reduction of general costs and consolidation of vendor contract services. The report included organizational structures for the two new entities and guidelines for the development of a ‘single-window’ for front-line services.

Recommendations outlined in the report will take at least 24 months to implement. Further details on the merger can be found at crowncc.mb.ca.

The government previously said the merger would save only half of what MNP reported.