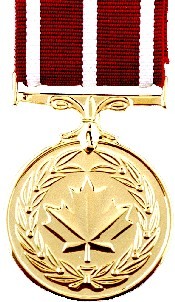 Col. Milner was deployed as commander of the Joint Task Force Afghanistan from September 2010 to July 2011, while Cpl. Gingrich performed as a signaller within the Joint Defence Operations Centre at Kandahar Airfield between July 2010 to January 2011.

A total of 45 military decorations will be handed out during a ceremony at Rideau Hall.