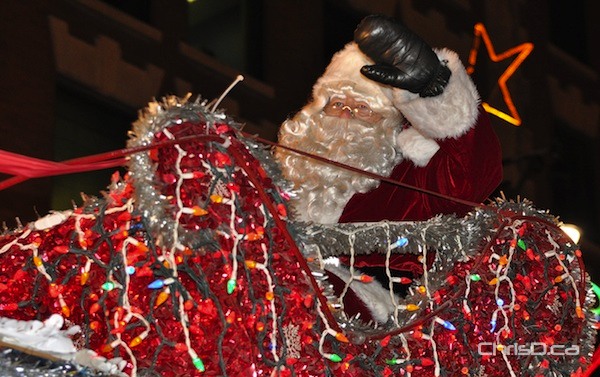 The 103rd Winnipeg Santa Claus Parade will signal the start of the holiday season on Saturday as it rolls through city streets.

The parade begins at 5 p.m. at Portage Avenue and Young Street and will move eastward toward The Forks.

More than 100 floats are entered, and organizers expect about 60,000 people to attend.

Those attending are asked to bring a non-perishable food item in support of the Christmas Cheer Board. Volunteers will be collecting donations along the route.

A number of block parties have also been planned, hosted by area organizations to provide a fun environment for those attending the parade.

Roads will reopen following the parade.