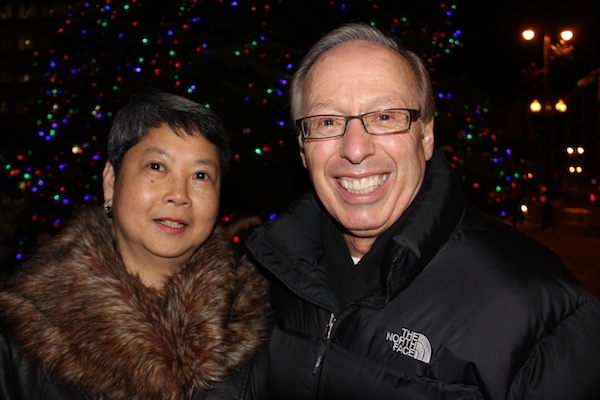 A 55-foot Colorado spruce tree is glistening in front of City Hall after being lit for the season on Friday.

The annual tree-lighting tradition was carried out shortly after 6 p.m. by Winnipeg Mayor Sam Katz and the tree’s donors, Mabel, Andrew and Jason Lam. The giant tree was cut down earlier this month from Niagara Street in River Heights and transported downtown, where it was decorated with 9,000 multi-coloured LED lights.