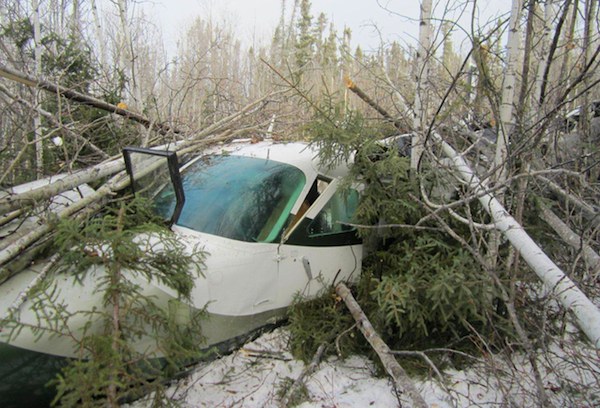 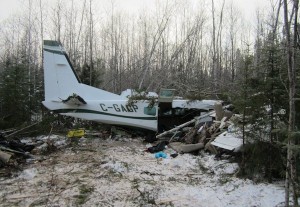 The Transportation Safety Board has released photos from the fatal plane crash near Snow Lake, Manitoba on Sunday morning.

The Cessna 208 went down shortly after 10 a.m. just east of the townsite. Eight people were on board at the time, including the pilot, who died in the crash. RCMP have identified him as a 40-year-old Snow Lake resident, who media later reported as Mark Gogal, the owner of the aircraft.

The plane was carrying seven employees from Dumas Mine Contracting to Winnipeg at the time of the crash, who have all been upgraded to stable condition.

Dumas released a statement on Monday, which read, “Dumas is committing all necessary resources to assist in the investigation and support our employees and their families. Our deepest sympathies go out to the family and friends of the pilot, who succumbed to his injuries.”

RCMP and the TSB remain on scene investigating the crash.