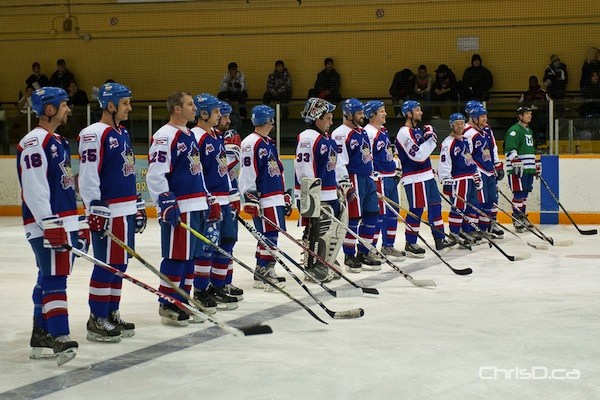 Winnipeg Jets players Andrew Ladd, Mark Stuart, Brian Little, and Olli Jokinen will take on members of the Winnipeg Police Service Patrolmen Hockey Team on Saturday. And no, this isn’t a repeat from last weekend’s Goals for Dreams Hockey Challenge.

The Patrolmen will be playing a friendly game of hockey against the Winnipeg Fire Department during the 2nd Annual Guns vs. Hoses Charity Hockey Game at the MTS Iceplex.

Proceeds from the event will go to support families suffering from spinal muscular atrophy and muscular dystrophy.

A post- game social event will be held immediately after the game at the restaurant located at the MTS Iceplex.

Tickets are $10 per person and available at the Winnipeg Police Credit Union and at the door. Doors open at 5 p.m., with puck drop at 6 p.m. Rush seating is in effect.