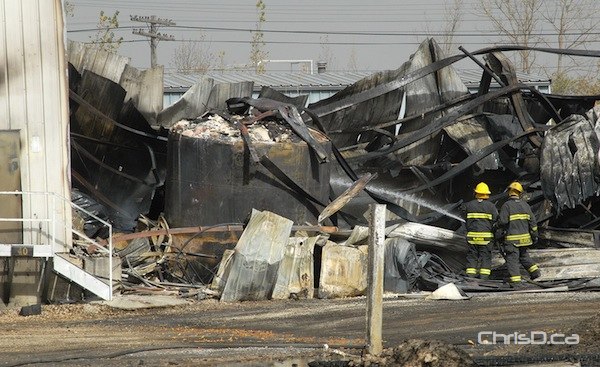 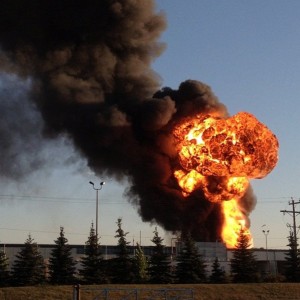 The company at the centre of a massive biodiesel explosion in St. Boniface back in October says it had the proper permits in place to store such flammable material.

Speedway International disputed a media report by radio station CJOB on Tuesday that said it only had a permit to manufacture windshield wiper fluid. Through a Freedom of Information request, the company was found to have not had a fire inspection performed since 2001.

Winnipeg firefighters fought the $15 million blaze on October 1 and weren’t aware of the materials on-site when they approached the scene.

“In 2008, when the organization decided to expand its business to include a biodiesel component, architectural and engineering drawings were submitted as part of a request for a change in existing occupancy permit,” the company said.

“All architectural and engineering drawings and correspondence were filed with the City of Winnipeg. Subsequently, Speedway International was asked to make changes regarding the handling of windshield washer fluid. Speedway International made the required changes and issued correspondence that the changes were made by the end of 2009 and commenced open operation of the bio diesel facility.”

Speedway International went on to say that it will work with the appropriate city and provincial authorities to clarify any miscommunication that may have occurred during the permitting process.