Home » News » Fire Kills One, Injures Another in Fort Rouge

Fire Kills One, Injures Another in Fort Rouge 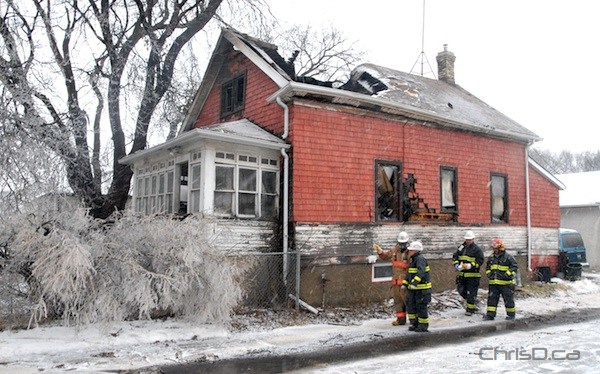 One man was killed in a fire at 547 Hethrington Avenue early Thursday, November 22, 2012. (STAN MILOSEVIC / CHRISD.CA)

An elderly man has died and his 58-year-old wife is listed in critical condition after an early morning fire in Fort Rouge.

Firefighters responded to the 500 block of Hethrington Avenue at about 3 a.m. on Thursday. Patrolling police officers in the area noticed the smell of acid smoke and called firefighters to attend. While waiting, officers entered the home to try and locate anyone inside, but were forced out by intense heat and smoke.

Neighbours identified the couple as Bert and Joanne Parry.

Crews quickly gained control of the blaze, which they’re still working to determine its cause.