Winnipeg to Partner with Province to Battle Dutch Elm Disease 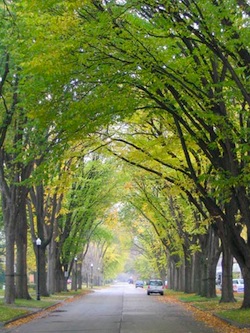 The City of Winnipeg has put forward a proposal to double its annual budget to fight Dutch Elm Disease through a partnership with the province.

The additional funds would help slow the loss of American elms, in which Winnipeg is believed to have the largest urban American elm population of any city in North America.

The strategy calls for the city and province to share approximately $3.7 million in new spending for each of the next five years to battle DED. Should the province agree to match city funds, the budget would be $7.4 million annually.

“Winnipeg’s elm canopy is absolutely worth protecting,” said Mayor Sam Katz. “This proposal calls upon the City of Winnipeg and the Province of Manitoba to work together to significantly reduce the incidence of DED and confirm the value Winnipeggers place on our urban forest.”

A city report also calls for the strategy to include buffer zone management, an updated elm tree inventory on private property within the city, increased surveillance and rapid removal of diseased trees, elm bark beetle control, as well as boosting the number of replacement trees planted when trees are lost.