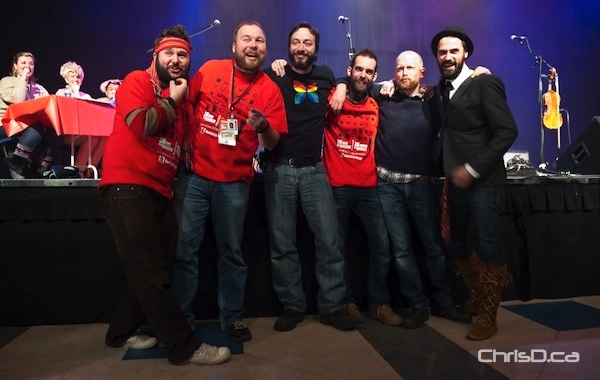 The Festival du Voyageur’s Beard Growing Contest is back for another year and preparations are already underway. Sorry, ladies, if you didn’t like Movember, you may not be a fan of this either.

Men will be clean-shaven by staff from Berns and Black on December 13 at Garage Café, 166 Provencher Boulevard, between 5 p.m. and 8 p.m. in anticipation for the annual fundraising event. Proceeds from pledges collected by beard-growing participants will be donated to the Heart and Stroke Foundation of Manitoba.

Registration is $35 (HeHo.ca), but participants who will have raised more than $100 in donations will be exempt of the registration fee. Beards will be judged on February 22, 2013 in multiple categories, including festival beard, voyageur beard (wild and woolly) and the novelty category (groomed mustache or beard).

The Festival du Voyageur has also announced its new campaign and slogan, “Find your place in history.” The new campaign was created in collaboration with Relish New Brand Experience and puts the emphasis on history and the past in a modern context.