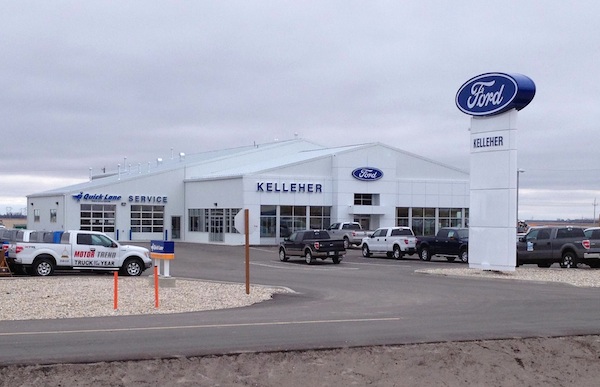 Kelleher Ford Sales in Dauphin is reopening next week after a fire destroyed the dealership last fall. (FACEBOOK)

A Dauphin Ford dealership that was destroyed by fire just over a year ago is ready to officially reopen.

Kelleher Ford Sales made headlines in September 2011 after it posted a YouTube video of a Ford F-150 pickup truck driving out of the rubble left from the extensive blaze.

Since then, general manager Chuck Burton has been working to rebuild his dealership from the fire.

“The fire was devastating. We lost inventory and a building, but we’re so grateful that no lives were lost or injuries sustained,” Burton said. “When you experience something like this, you need to completely change gears and deal with the situation at hand. There was a small part of our dealership that was not affected by the fire so it became business as usual for our staff while the rebuilding discussions began.”

The dealership acquired new land and has rebuilt at 1700 Main Street South. A ribbon cutting is scheduled for Wednesday, November 28 at 2 p.m.