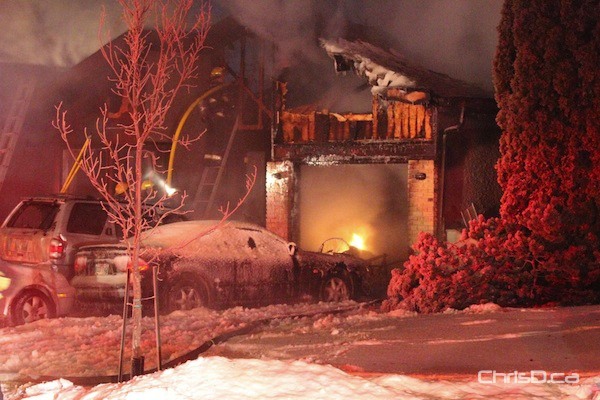 Flames shoot out from the garage of a home on Knotsberry Bay early Monday, November 26, 2012. (HOWARD WONG PHOTO)

No one was hurt after a fire caused extensive damage to a home in St. Vital overnight during a Grey Cup party.

The blaze began in the attached garage of 6 Knotsberry Bay just before midnight on Sunday. Several vehicles could be seen in the driveway as firefighters battled the flames.

Everyone inside was able to make it to safety.

A portable heater was being used at the time.