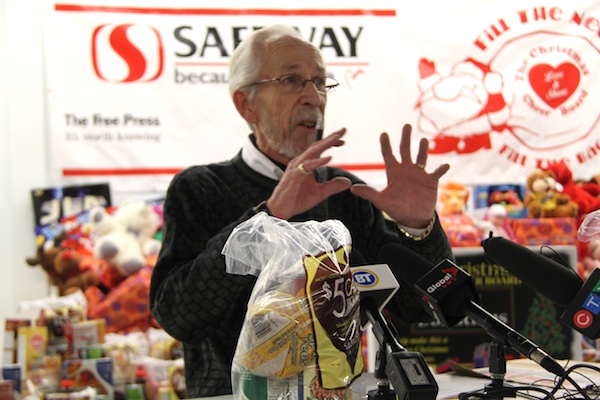 The Christmas Cheer Board launched its 2012 campaign on Tuesday, distributing 60,000 Safeway grocery bags to homes city-wide.

The bags will be used to solicit and collect food donations for this year’s campaign to help feed the less fortunate. They can be dropped off once filled at any local Canada Safeway store.

Volunteers are on pace and are working out of the Polo Park-area warehouse for a second year in a row.

Food and toy donations can also be dropped off in-person to 550-1395 Ellice Avenue.