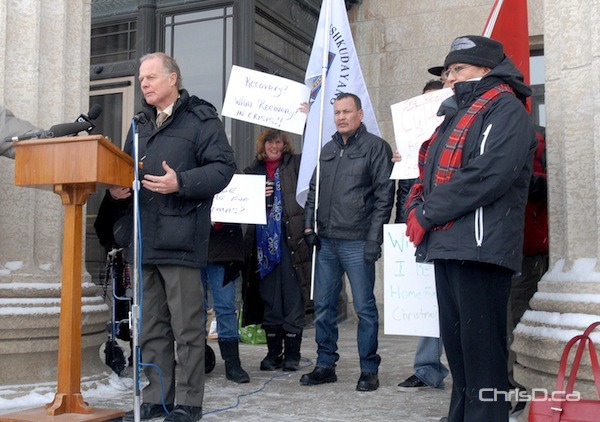 Manitoba Liberal leader Jon Gerrard speaks at the Manitoba legislature on Monday, November 26, 2012, flanked by residents of Lake St. Martin First Nation. A noon hour rally called on the NDP to be accountable for artificially flooding out First Nations communities to save other areas during the spring 2011 flood. Many Lake St. Martin residents have yet to return home, along with about 2,000 people from six other Manitoba First Nations. About 25 people attended Monday’s rally. (STAN MILOSEVIC / CHRISD.CA)