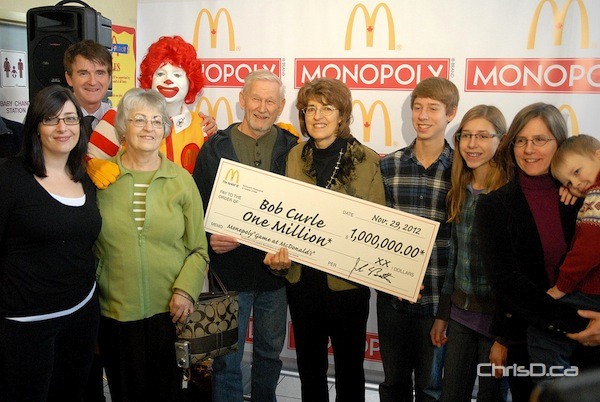 Bob Curle of Selkirk holds up a giant cheque for $1 million on Thursday, November 29, 2012 after claiming the prize won through the McDonald’s Monopoly contest this fall. (STAN MILOSEVIC / CHRISD.CA) 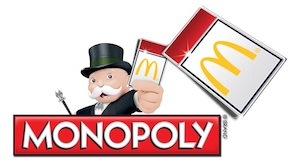 Bob Curle of Selkirk, Manitoba claimed his $1 million cheque on Thursday, as won in a Monopoly contest put on by McDonald’s.

Curle collected his prize at the Main Street McDonald’s location in Selkirk. That’s where he recently pealed off a “Collect and Win” game stamp off his large cup of coffee.

It’s the first time someone in Canada has won a $1 million prize through the contest in five years. The prize will be paid out over 20 years without interest in increments of $50,000.

The contest, which has since ended, launched on September 25.