U of W Theatre Graduates in MTC Holiday Production 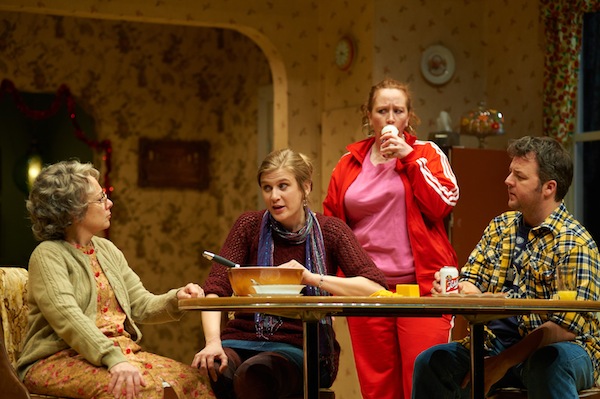 A group of former students from the University of Winnipeg’s Department of Theatre and Film are currently turning heads at the Royal Manitoba Theatre Centre.

The centre’s production of “Miracle on South Division Street” tells the story of the Nowaks, who have felt special ever since the Virgin Mary made an appearance in the family barbershop on Christmas Eve.

“We are so proud of our graduates,” said Tim Babcock, U of W’s Theatre and Film Chair. “The fact that all of these working professionals began their training at UWinnipeg underlines the quality and value of our program.”

The heart-warming, holiday comedy has received rave reviews since its debut and will run until Saturday, December 15. Tickets are available at MTC.mb.ca.