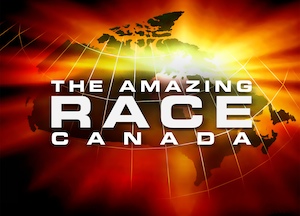 Following a weekend of teasers, CTV announced late Sunday it would air “The Amazing Race Canada” in 2013.

The broadcaster and show host Phil Keoghan revealed the news during an episode of “The Amazing Race,” the popular nine-time, Emmy award-winning CBS reality show where contestants compete in a series of globe-trotting challenges.

The show will anchor the network’s summer schedule and include destinations from across Canada.

Casting information and other details about the show will be released in the coming months on CTV.ca/TheAmazingRaceCanada. Fans are encouraged to follow @AmazingRaceCDA on Twitter as well.

The Canadian format rights to the show have been licensed by CTV from Disney-ABC Domestic Television. Insight Productions will produce the series in Canada.