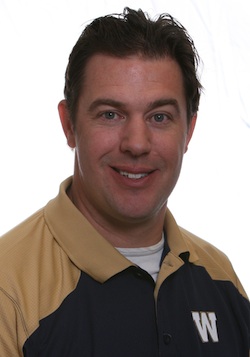 The Winnipeg Blue Bombers have chosen Kyle Walters as their new assistant general manager and director of Canadian scouting.

Until his promotion, Walters was the Blue Bombers’ special teams coordinator and running backs coach for the past three seasons.

“We are very excited to have Kyle on board in this new position that will allow him to focus on developing our Canadian talent which is something he has excelled on in the past as our Canadian College Draft Coordinator,” said Blue Bombers GM Joe Mack. “Kyle’s connections at the CIS level makes him the best man for this job and someone we look forward to having as part of our management team.”

The Blue Bombers were reported to also be considering former CFLer and current TSN panelist Duane Ford for the position.